The years since the 2015 Volkswagen emissions scandal have rightly seen a renewed awareness of, and emphasis on, passenger vehicles’ levels of fuel consumption and CO2 emissions, as well as pollutant emissions.

Sure enough, it is precisely these parameters that are measured by the Worldwide Harmonised Light Vehicle Test Procedure (WLTP) laboratory test recently introduced in accordance with EU law.

The essentials of the WLTP test

The new lab test for cars known as the WLTP has officially applied to all new vehicle models introduced to the market since September 2017, and expanded to apply to all new car registrations 12 months later.

The WLTP differs from the lab test previously performed on cars – the New European Driving Cycle (NEDC) – in that it does not determine test values based on a theoretical driving profile. Instead, real driving data – gathered from around the world – was used to develop the WLTP cycle, thereby helping to ensure the new test better represents everyday driving profiles.

It has been required since September 2018 for all new cars to be certified in accordance with the WLTP test procedure rather than NEDC, albeit with an exception made for end-of-series vehicles. This exemption enabled a limited number of unsold vehicles in stock approved under the former NEDC test to be sold for one more year.

Since the start of 2019, the automobile industry has been of the view that all cars in dealerships should only have WLTP-CO2 values, in order to avoid confusion among consumers. During 2020, the European Commission is expected to convert today’s NEDC-based CO2 targets to specific WLTP-CO2 targets of comparable contingency. It is these new WLTP targets that will subsequently apply for the monitoring of car fleet compliance.

Please note that electric vehicles must also be tested according to the new WLTP rules.

Why are PPFs being so widely fitted to vehicles?

Amid the ever-advancing European particulate emissions legislation – including the introduction of the EU5 standard in 2009 and the EU6c standard in 2017 – it is perhaps understandable that many manufacturers are making the move to fit GPFs to their vehicles. Indeed, it was the latter stage of the development of the relevant EU law that required petrol engine particulate emissions to be reduced by 10 times the previous level.

Such a crackdown on petrol emissions has come to be seen as especially urgent in light of many motorists turning increasingly to petrol vehicles following the aforementioned ‘Dieselgate’ scandal.

Volkswagen itself is among the manufacturers to have gone down the route of introducing PPFs to its petrol cars as part of wider plans to improve emissions across its entire range, predicting that particulate emissions in some of its models could fall by as much as 95%. 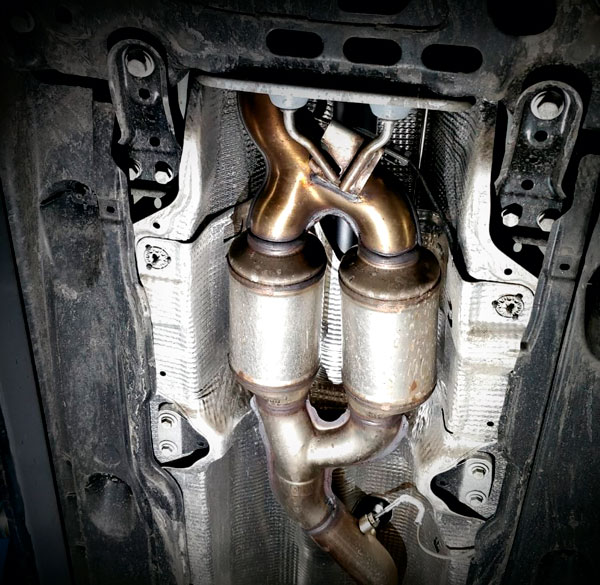 What implications do these changes have for your driving and tuning experience?

First of all, the legalities; in the event that your new petrol vehicle has been fitted with a PPF, you will not be able to lawfully remove it unless the car is classed as a ‘track car’, given that the vehicle will not pass an MOT if the PPF has been removed or tampered with. But of course, some vehicle owners may make the decision to remove the PPF anyway if it is legally a ‘track-only’ car.

As for the effect that a PPF or GPF could have on the tuning of your vehicle, as of the time of this blog post being written, research was still ongoing regarding the potential of cars with GPFs attached. While some tuners have released ‘Stage 1’ equivalents, any higher-level solutions – which would usually entail the downpipe being upgraded – are still being explored.

At the present moment, then, there is not yet such thing as a ‘sports GPF’ to replace the existing device. This will almost undoubtedly cause a restriction to the exhaust system, and it has been speculated that overheating issues will also probably arise. Our software provider Revo currently has development cars on the track – including the 2019 Golf R and Audi RS3 – undergoing rigorous testing to uncover answers on this subject.

The lingering uncertainty as to the consequences for tuners of manufacturers fitting PPFs to their vehicles will naturally give you pause for thought, although there are still possibilities in our online store that you may consider in the meantime.

Tuning boxes, for instance, remain a both viable and good option, which may prompt you to consider such a product as the Burger Tuning VAG JB4 Tuning Box. This true user-adjustable ‘plug and play’ solution for all of the Volkswagen Audi Group’s MQB-based models – including the likes of the 300bhp and 310bhp versions of the VW Golf R 2.0T since 2014, and the Audi S3 8V 1.8TFSI and 2.0TFSI since 2013 – could give you power gains of up to 50bhp and 88ftlb in torque.

Another, similarly ‘plug and play’ investment for improving a vehicle’s throttle response is the DTUK® Pedal Box. This straightforward modification is suited to both petrol and diesel engines, and fits between the accelerator pedal and the ECU to deliver a smoother and more effective throttle response.

Unfortunately, as some cars – such as the Mk7.5 Golf R 2019 onwards – are no longer coming with centre silencers in the exhaust, quick modifications like resonator deletes and some exhaust systems are no longer compatible.

Whatever your preferences or requirements may be when you are seeking out performance parts for any of a broad range of vehicles including the Golf GTi 2019, Golf R-Line, Audi S1 or Audi S3, our Manchester-based team possesses the considerable combined experience to enable us to source the most appropriate products.

With the advice and assistance of Progressive Parts, there’s no need for you to be overly concerned about the impact that the new WLTP requirements and associated PPF devices could have on the possibilities for tuning your vehicle. If in doubt, don’t hesitate to contact us for more information.

x
We use cookies to ensure that we give you the best experience on our website. If you continue to use this site we will assume that you accept the information in our Privacy Policy.  Ok